Chi-Town for a day - The Jetsetter’s Guide to Chicago, IL 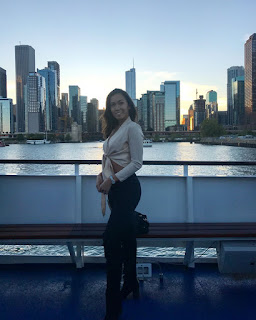 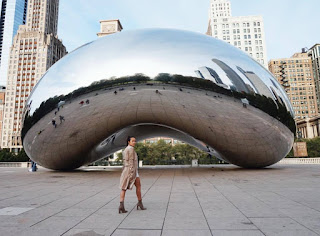 Chi-Town for a day - The Jetsetter’s Guide to Chicago
Flying in from NY is a short flight of a mere hour or so. Keep in mind that O’Hare Airport is about 40 minutes away from the main loop of Chicago. I usually always Uber/Lyft into the city - In Chicago, it’s generally the same price to take a taxi over Uber. I say, pick the ride that will come get you the fastest. I feel that more often, airports have adapted to designate a special spot that Uber drivers can only drive into. I had this same issue when I flew in to Seattle last year.
Michelin Restaurants
Chicago is well known for the best Michelin grade restaurants on offered in the Eastern coast, besides New York City of course. If you’re looking to book a table, book it as soon as you book your flights. Restaurants fill up quickly. I made a reservation at Boka http://www.bokachicago.com/ for 2 and the soonest time slot was 9:30… at night. In my case, it was perfectly fine by me since I just had flown in earlier that afternoon. The food was fantastic as well as the service for a price that didn’t break the wallet too badly. Michelin restaurants are hard for picky eaters because they tend to be a set entree. For foodies, it was a dream.
The Bean!
The Bean, aka the Cloud Gate park is Chicago’s most well known tourist attractions. My tip is to go EARLY. I left my hotel and headed over at 8am. And there were still a couple of people lingering trying to get their Instagram photo. After coaching my mother to take a good photo and a couple test shots later… I finally got my Insta-worthy photo.
Architectural Boat Tour
I normally am not a fan of extreme tourist attractions but this is something I definitely highly recommend! I did the sunset tour which was about an hour and a half. I went on a Wendella Boat https://www.wendellaboats.com/ with the most amazing tour guides. I think I wouldn’t have enjoyed the boat ride as much if it were a regular tour during the daylight. Watching the city light up slowly as the night falls was something you just have to see yourself. Plus, I got the sickest time lapse as we sailed from Lake Michigan into the river.
Photo-Ops
We all know that cafes and cute little brunch spots are the easiest way to get a good photo-op. Anywhere I travel to, I always look for cafes (mainly because of my disgusting addiction to espresso). When searching for a cute cafe, I came across what was called Asado Coffee. What I didn’t realize is that it just recently shut down and reopened as Pickwick Coffee Roasters… and then that previous Monday actually shut down and reopened as Hero Coffee Bar. Whatever it ends up being next, here’s the address for you guys so you don’t have to force your Uber driver to go searching for this place: 22 E Jackson Ave Chicago, IL 60604. I just saved you 20 minutes of nonsense. 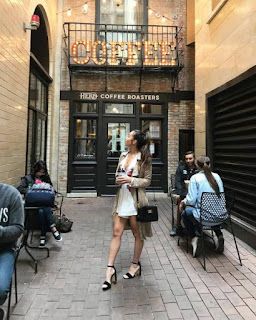 Chicago is the perfect weekend getaway for first-time solo travelers for the East-coasters. I did meet my mom on this trip because she recently moved to Illinois for a couple of weeks. For some reason I thought it was a brilliant idea to only pack heels for my weekend in Chicago. Don’t do it. I honestly give myself some kudos because I didn’t cave until 5pm the next day and had to stop at Forever21 to buy some flats. This is what I get for trying to be cute city-chic. 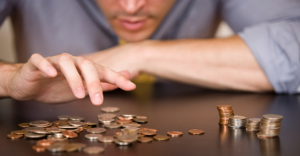 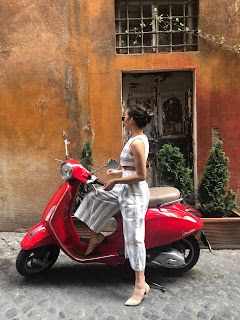